Getting Tough on Bad Odours 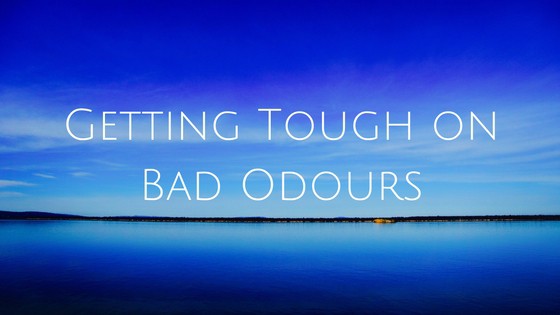 If you have a particular room in your workplace that has an offensive stench and no amount of cleaning is helping, why not try AirSteril?  It’s an odour control innovation that uses the latest technology to eradicate bad odours and replaces it with a fresh, mountain air smell. It also kills bacteria on the surface and in the air, making your workplace hygienic and smell-free.

Cleaning can be frustrating as you are unable to treat the root cause of a problem area – once the area is re-used, bacteria returns and grows at a rapid rate, bringing the smells back until the next cleaning session, creating a vicious circle.

Those offensive odours that hit you are created by bacteria and Volatile Organic Compounds (VOCs) found in the air. In urinals for example, that unmistakable odour is due to the build-up of scale and uric salts clogging pipes which provides a breeding ground for bacteria. Consequently, the smell and germs only multiply. These airborne micro-organisms compromise hygiene standards and pose significant hygiene and reputational risks to all businesses.

There are specialised AirSteril units available that have been created for different industries and to suit different demands such as, healthcare environments, washrooms and commercial.

There are portable AirSteril units available too which can be moved from room to room as required, for example this is effective if someone has smoked in a hotel room.

Simply place the AirSteril in the room and it will get to work purifying the air within an hour, leaving you to carry on with your normal cleaning routine. This is beneficial for businesses as you will not lose money or receive complaints. There are no chemicals or filters used so it is very environmentally friendly and there is no risk to individuals.

How does it Work?

AirSteril works by taking in contaminated air which then passes through a combination of five technologies. They work together to disrupt the DNA of bacteria as well as electrically charging the air to remove contaminates and producing Hydroxyl Radicals, one of the strongest Oxidisers known.

The high intensity UV lights creates a Plasma Quatro which leaves the equipment with a mixture of activated oxygen, triatomic oxygen and superoxide ions, which all interact to provide very efficient purification of the air and all exposed surfaces. All these technologies working together is much more time efficient than O-Zone or UV light working alone.

An AirSteril unit is labour-saving and a perfect addition to a cleaning routine as it treats the root cause of the problem and continuously works to purify the air so bad smells (and bacteria) do not return, as it works 24 hours a day, 7 days a week and 365 days a year.

Research into AirSteril’s effectiveness was conducted by the Health Protection Agency in Porton Down. Their findings revealed there was a 59.47% reduction of surface contamination within an hour of the AirSteril unit being activated and in just five minutes they noted a 98.11% reduction of airborne micro-organisms.

This shows that all the bad stuff such as bacteria, fungi, mould, viruses and Volatile Organic Compounds (on surfaces and in the air) are constantly being eradicated giving them no opportunity to linger, grow and create an odour.  This eradication of bacteria and odour helps with infection control within the workplace too. When AirSteril was trailed in an NHS setting they reported a massive 42% reduction in staff absenteeism in just three months.

So whether the problematic smell is in a gymnasium, several rooms in a care home or public toilets – AirSteril is an environmentally responsible way to completely rid your workplace of offensive odours and reduce staff sickness.

This article was featured in Cleaning and Maintenance Magazine: August 2016 edition